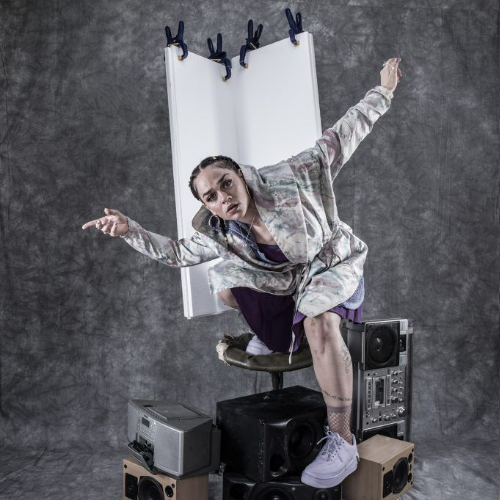 See the cheapest tickets available for Poet in da Corner, any date

Following its critically acclaimed premiere in 2018, this coming of age story inspired by Dizzee Rascal’s seminal album, returns for a limited run before going on tour.
In a strict Mormon household somewhere in the seam between East London and Essex, a girl is given Dizzee Rascal’s ground-breaking grime album Boy in da Corner by her best friend SS Vyper.
Precisely 57 minutes and 21 seconds later, her life begins to change – from feeling muted by dyslexia to spitting the power of her words; from being conflicted about her sexuality to finding the freedom to explore; from feeling alone to being given the greatest gift by her closest friend.
Step into a technicolour world where music, dance and spoken word collide, and discover how grime allowed Debris Stevenson to redefine herself.
Poet in da Corner features grime MC Jammz as SS Vyper, and is directed by Royal Court Associate Ola Ince.