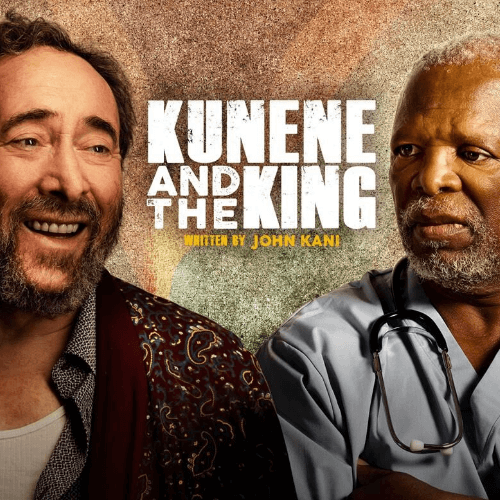 Kunene and the King

See the cheapest tickets available for Kunene and the King, any date

See the last minute tickets available for Kunene and the King

Don’t miss John Kani’s highly acclaimed play Kunene and the King marking the 25th anniversary of the end of apartheid with a strictly limited London run, following its premiere in Stratford-upon-Avon and a sold-out run in Cape Town.

South Africa, 2019. Twenty-five years since the first post-apartheid democratic elections, two men from contrasting walks of life are thrust together to reflect on a quarter-century of change. Jack Morris is a celebrated classical actor who’s just been given both a career-defining role and a life-changing diagnosis. Besides his age, Jack has seemingly little in common with his at-home nurse Lunga Kunene, but the two men soon discover their shared passion for Shakespeare, which ignites this ‘rich, raw and shattering head-to-head’ (The Times).