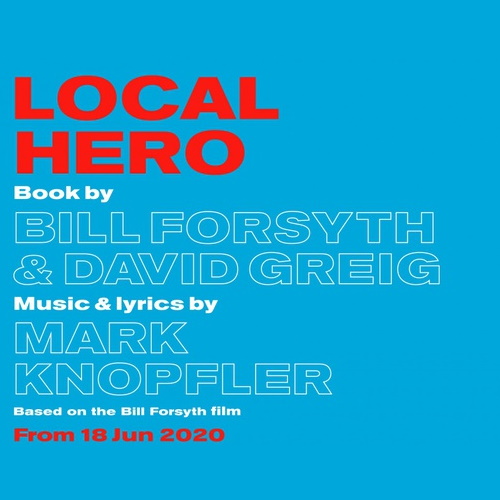 See the cheapest tickets available for Local Hero, any date

"We’re gonna be rich… filthy dirty rich!" A wry comedy about a man who sets out to buy a beach, but ends up losing his heart to a village, Bill Forsyth’s magical Local Hero takes to the stage with new music and songs by the legendary Mark Knopfler.

A musical adaptation of the hit 1983 film, Local Hero, adapted by David Greig and Bill Forsyth, directed by John Crowley and with music and lyrics by Mark Knopfler, will come to The Old Vic in June 2020 following its world premiere at the Royal Lyceum Theatre Edinburgh in 2019.

Book by Bill Forsyth and David Greig. Music and lyrics by Mark Knopfler. Based on the screenplay of the original film, written and directed by Bill Forsyth.