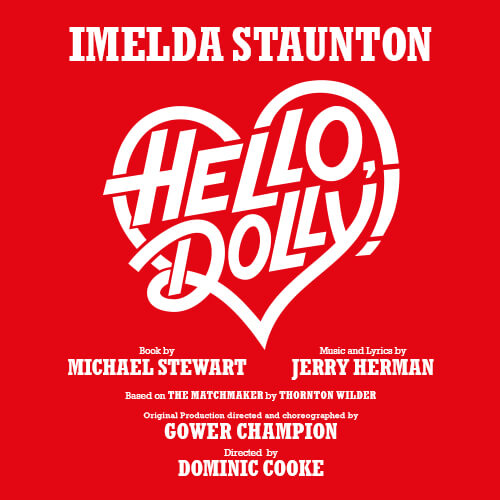 See the cheapest tickets available for Hello Dolly!, any date

Imelda Staunton is back where she belongs in Hello, Dolly! This brand new production re-unites Imelda with Director Dominic Cooke following the critically acclaimed production of Follies at the National Theatre.

With music and lyrics by the legendary Jerry Herman (La Cage aux Folles, Mack and Mabel, Mame) and book by Michael Stewart (42nd Street, Mack and Mabel, Barnum), Hello, Dolly! is one of the most iconic musicals of all time. Jerry Herman’s timeless score includes ‘Put On Your Sunday Clothes’, ‘Ribbons Down My Back’, ‘Before the Parade Passes By’, ‘Elegance’ ‘It Only Takes a Moment’ and of course, ‘Hello, Dolly!’