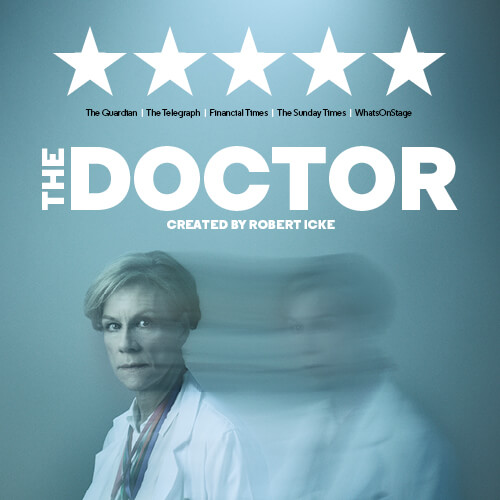 See the cheapest tickets available for Doctor, any date

Olivier Award winner Juliet Stevenson delivers “one of the performances of the year” (Evening Standard) in the West End transfer of Robert Icke’s sold-out, five-star Almeida Theatre production - from 20th April 2020 at the Duke of York’s Theatre.

First, do no harm.

On an ordinary day, at a private hospital, a young woman fights for her life. A priest arrives to save her soul. Her doctor refuses him entry.

In a divisive time, in a divided nation, a society takes sides.

The latest smash-hit by “Britain’s best director” (Telegraph) is a "provocative, wonderfully upsetting" (Independent) whirlwind of gender, race and identity politics, "one of the peaks of the theatrical year" (Guardian) and a "devastating play for today" (Financial Times).