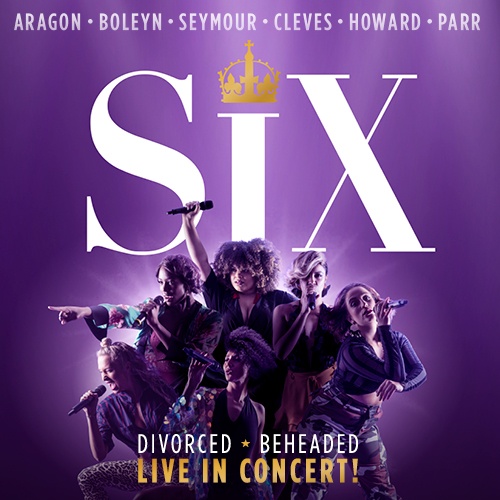 See the cheapest tickets available for SIX, any date

SIX, ‘the most uplifting piece of new British musical theatre,’ (Evening Standard) are taking up a permanent royal residence at the Vaudeville Theatre, moving into their forever home from 29 September. Prepare to Lose Ur Head.

This sell-out intoxicating Tudor take-off has been hailed as 'a beacon of hope for the future of British Musicals' (Daily Telegraph), ‘bursting at the corset with 21st-century sass and attitude’ (Daily Mail).

From Tudor Queens to Pop Princesses, the six wives of Henry VIII take to the mic to tell their tales, remixing five hundred years of historical heartbreak into an 80-minute celebration of 21st century Girl power. Critically acclaimed with a spectacularly successful studio album adored on playlists across the globe, the New York Times royally decreed that SIX is ‘pure entertainment!