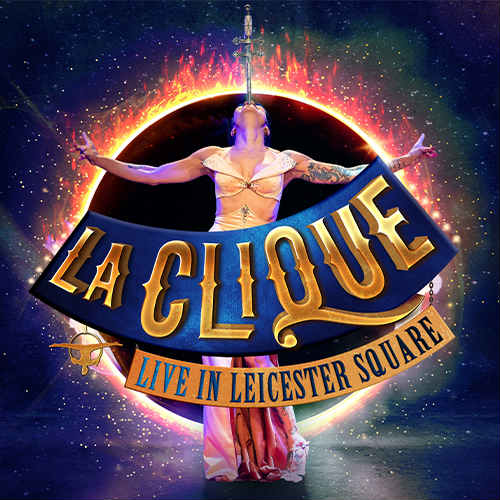 See the cheapest tickets available for La Clique, any date

The multi-award winning La Clique returns to the West End, a decade on from winning the Best Entertainment Olivier Award for its season at the Leicester Square Hippodrome.  Born at the Edinburgh Fringe in 2004, this original and trailblazing Spiegeltent cabaret show has gone on to tour the globe to international acclaim and now returns to the beautiful Leicester Square Spiegeltent with a magnificent collection of extraordinary new artists and unmissable favourites.

La Clique is the alternative Christmas show featuring the crème de la crème of the worlds of circus, comedy, cabaret, subversive performance and contemporary Vaudeville – promising a night of laughs, gasps, naughtiness and the best in cheeky adult cabaret.